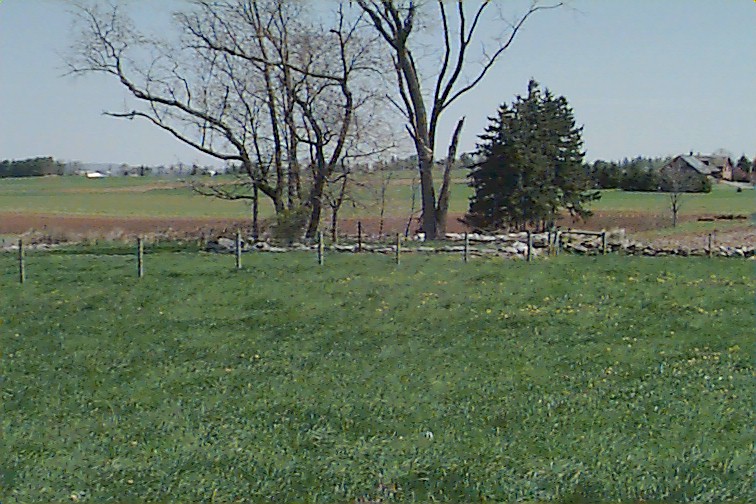 These EBY and other related families are children and grandchildren of Henry EBY and Mary KUBLE, as found on the The Eby Family Home Page by Dawn Eby Quast. (under the Descendants of Andreas EBY.) Some of the dates could be slightly off due to varying degrees of legibility, but a number of people helped to transcribe these stones, all FIES/FEES descendants. It is our suppostion that the Anna EBY who married Samuel FIES was connected with this family, possibly the daughter of George EBY and wife Mary STROHM. The locality is certainly correct for Anna's supposed birth place, and many of the EBY family noted here were weavers, as was Samuel FIES, Anna's husband. Weavers tended to be a bit clannish.

Samuel FIES married Anne EBY on 16 August 1796 at the Salem Lutheran Church in Lebanon, Lebanon County, PA. Samuel was a weaver, as found on the Lebanon Twp. tax lists for Dauphin County, 1785-1812. Lebanon Twp. was part of Dauphin County until Lebanon became a county in 1813. It was not until many years later that Lebanon Twp. was divided into North and South Lebanon Twps. On all of these tax lists, Samuel is listed as a weaver and as an inmate or tenant. Thus he apparently never owned land, as has also been found to be the case on grantor/grantee indexes for Lebanon County and Dauphin County. Because this EBY family had its share of weavers, as well as the KILLIAN family, both of whom intermarried with the FIES/FEES family, the likelihood of Anna being the daughter of George greatly increases. People in this occupation really did tend to stick together. For more information about Samuel and Anna, be sure to visit the Fies/Fees Family History Research Site.

This cemetery is located in South Lebanon Twp.in the middle of a farmfield. It is currently surrounded by an electrified fence, and is now a bit overgrown with stones in varying condition. We wish to thank the farmer who graciously allowed us to explore this cemetery and who turned off the electric. :-)

NOTE: Stones are listed in random order but with an attempt to list them in the area in which they were found. Many of the stones are written in German, but are translated here into English.

Each tombstone icon is a link to the picture of the actual tombstone.

On the 1850 US Federal Population Census, this Jacob
is a farmer living in So. Lebanon Twp. with his wife, Eliza
who is 28 years old. Jacob is 23 years old and there is a son,
John A. EBY, age 8/12 years. Next door are living Jacob and Nancy EBY.
Reported in "Der Libanon Demokrat," on 14 May 1852 is the following death:
"On the 6th of this month, in South Lebanon Township, Mrs. Elizabeth, wife
of Jacob EBY, about 31 years old." pg. 33.
This Jacob EBY is very likely the son of
Jacob EBY and Nancy KENDIG buried here.
He married second Sarah and appears on the 1860 census
with children John Aaron (born to Eliza), Henry R., Sarah Ann, and Harriet.

On the 1850 US Federal Population Census, this Jacob is
listed as a carpenter. Children include Mary Ann, aged 20 years
and Susanna, age 12.
This Jacob EBY is probably the son
of Jacob EBY and Anna LANG

Nancy appears on the 1850 census with the Jacob above.

In Memory of
Heinrich EBY
Husband of
Catharina, born a
MILLER, and son of
Jacob EBY
Born 1 May 1806
Died 1 Oct. 1835
29 years, 5 months
According to Lebanon County Orphans Court Records, this couple had
two sons, Henry and John, both under 14 years of age.
Catherine EBY was choosing George MILLER as their guardian in the
January 1837 Court Session.
Catherine MILLER married second
Abraham FERNSLER, son of Johann Frederic FERNSLER and Margaretha
the latter two being buried at Grubbeland Cemetery, So.Lebanon Twp., PA

This would be the eldest son of Henry and Mary (Kuble) EBY.